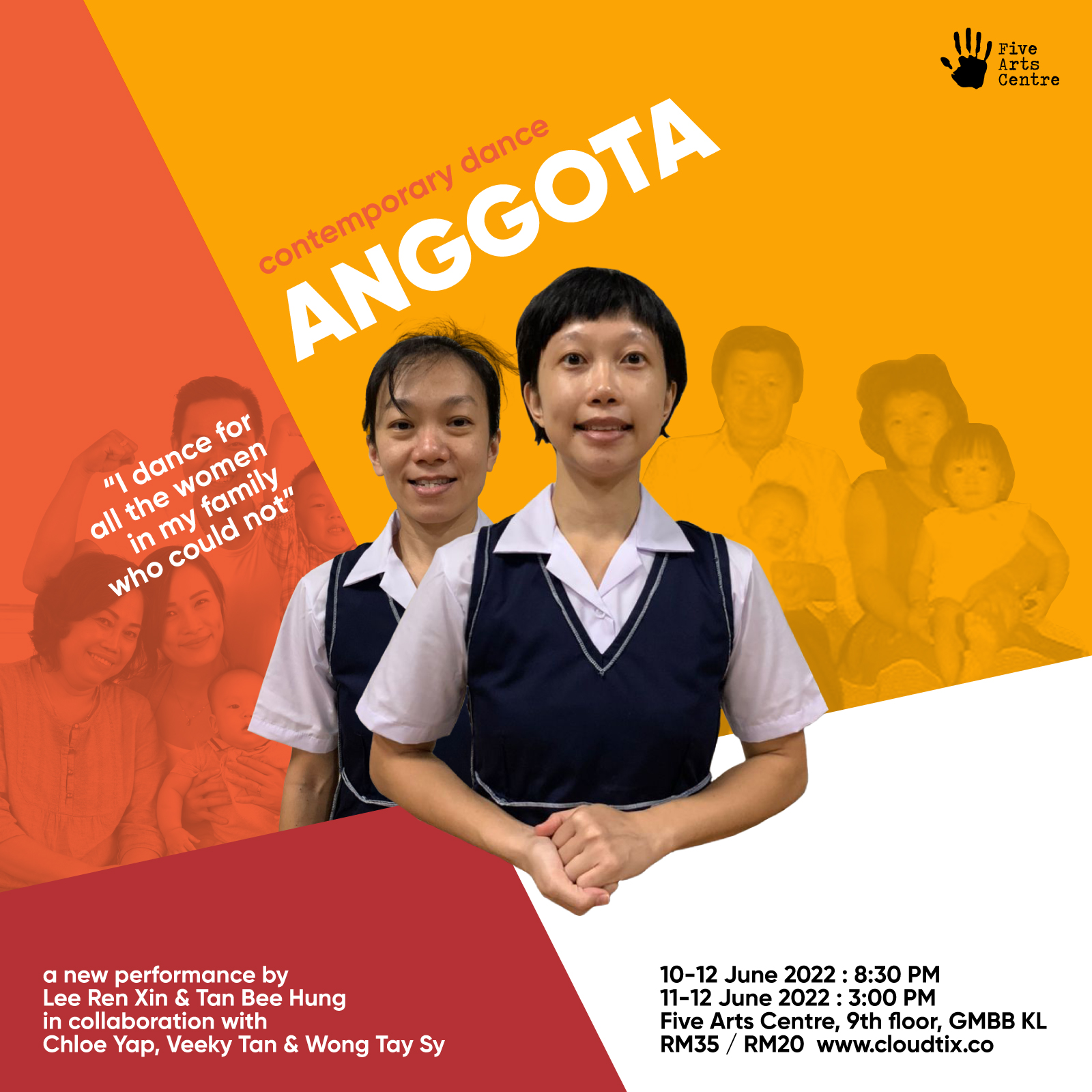 “I dance for all the women in my family who could not.”

Two dancers attempt to excavate what might be carried, what is inherited, and what could be owned in their Malaysian Chinese female bodies.

Catalysed by both defiance yet also respect, this new dance work is as much a departure as it is a tribute, a fake ritual – to reclaim, to recreate, or maybe to put to rest certain belief systems.  There is resistance and there is yielding, in this ‘fitting room’ of the body.  Beginning with the above statement, as well as reconstructed memories and dreams, and by emulating, abandoning and regrounding inherited actions and values – the performers reconsider their body as an interdependent survival machine.

“I dance for all the women in my family who could not.

Because they did not think they could dance; they thought they should not dance; because they learnt that enjoying oneself is a waste of time, is irresponsible, is outrageous, is selfish.  Because they didn’t have the time for it.  Their time was taken up by societal expectations and prescription around the purpose of the woman’s body.

I dance, for all the women in my lineage who could not dance.” Lee Ren Xin is a dance artist interested in how the body carries, reflects, embodies, and co-creates with place and time. An overarching theme in Ren Xin’s work is how to share a space, or how (we want) to live together. Her works explore ways of inhabiting, as well as the spaces inhabited - how one shapes the other, momentarily or slowly over a long time. At other times, she works with ritual and repetition in public space.

Past works include #WhoseNeighborhoodProject, the Where’s The Speficifisfety series (in collaboration with Lee Mun Wai), and B.E.D. (Because Everybody Dreams). Ren Xin was awarded ‘Best Featured Performer’ at the 2019 BOH Cameronian Arts Awards for her performance in Soubi Sha’s Dead Bird. She has also received support from the Saison Foundation for her research project ‘Body and Borders’ (2020), in exchange with director and playwright Kaori Nishio. Ren Xin graduated from Nanyang Academy of Fine Arts, Singapore and Purchase College, State University of New York, USA. She trained with The Human Expression Dance Company and LeeSaar The Company, and performed with the DPAC Dance Company. 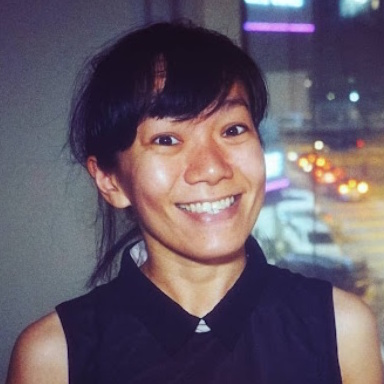 She was selected to participate in the ‘International Young Choreographers Program’ in Kaohsiung, Taiwan in 2013 and ‘SEA Choreolab 2015’ in Rimbun Dahan. Her work Silent Raid received ‘Best Costume Design, Styling & Make Up’ at the 2015 BOH Cameronian Arts Awards. Bee Hung is a firm believer that humans are natural movers. Aside from dancing and choreographing, she is also a Pilates practitioner and instructor. Wong Tay Sy has been actively involved in the fields of contemporary art, theatre, and film production since 1999.  Working with different arts collectives, organisations, and production houses, she has extensive experience as an award-winning production designer, curator, producer, and facilitator.  In her work and projects, Tay Sy believes in the process of collective creativity and interdisciplinary collaboration, and she is particularly interested in the intersections between the arts and our social environments.  She is a visual arts graduate from Central St. Martins, London. Chloe Yap Mun Ee is an experimental filmmaker and video artist who is curious about the expressions of form, medium, identity, love, intimacy, as well as their hypocrisies and contradictions.  Her shorts H10001_XTOUCH.MOV (2015), (?)’S GAZE (2016), and STRNGE PLCE (2016) have screened locally and internationally.  Meanwhile she continues confronting and challenging her own shifting points of view in works like HOW MY BRAIN MAKES SENSE OF PASSING TIME (2017) and DANCE LIKE A SNAIL (2021).  Her latest work is a video installation for ‘Bakat Muda Sezaman 2021’: I DON’T REALLY WANT YOU TO SEE ME, BUT I STILL WANT TO SHOW YOU (2022); where she confronts her fear and guilt towards the cinema image and the power dynamics within its space.

She is also a writer, illustrator; and occasionally does film programming with Cinemata Film Collective. Veeky Tan is a multitalented artist who has dabbled in stage lighting, set, visual design and stage management.  She has experience across various venues and different fields of art including dance, drama, musicals, concerts, installations, and more.