A Couple of Secrets

A COUPLE OF SECRETS deals with the warring consequences of marital infidelity portrayed in this adult-humoured comedy.

A COUPLE OF SECRETS deals with the warring consequences of marital infidelity portrayed in this adult-humoured comedy.

Mark and Vicky and Judith and Eric have something in common and a chance meeting could have made for a pleasant social evening. Unfortunately, as they come face to face, secrets are revealed. It is not long before the air is thick with insults, black eyes and broken china!

A COUPLE OF SECRETS is a play adapted from The Opposite Sex by David Tristram. On a non-precedential basis, the author has agreed for the production to be billed as A Couple of Secrets.

David Tristram is an English comic playwright. He has published 29 plays and comedy novels and produced and directed three films. Widely performed by amateur and professional groups, his plays have parodied such pop-culture genres as soap operas and detective stories.
Tristram's plays take a farcical view of sex, alcohol, drugs, crime and theatre itself. His plays have been performed in South Africa, New Zealand, Mexico, and Europe among other locations. Directed by Director, Actor and Playwright Lawrence Chin. Lawrence started writing, acting, and
directing in 2006. Lawrence has performed and directed in Hong Kong (and was invited to bring the same performance to Macau but had to reject the invitation due to the clash with his show in Penang), Sarawak, Kuala Lumpur, and Penang. He brought in a Hong Kong drama and had four sold out shows in Penang. He had also directed a sold out musical in Dewan Sri Pinang. He also taught Drama in Sri Pelita international school, and directed a play for Fairview International.

He will now be directing a comedy, A COUPLE OF SECRETS, a play featuring an A-list team of actors including Rachel Yeoh, Ian Lee, Fariza Ariffin and Adrian Chang. Assistant director, Yee Heng Yeh currently works as a Mandarin-to-English translator while writing in his spare time. His short scripts have been selected for the Short+Sweet Festival, winning Best Script in Penang (2019). He co-wrote Have/Had, a full-length play staged in PenangPAC, and has also directed a couple of short plays. Ian Lee is an engineer who also majored in the Chinese language and performing arts at Beijing Central Academy of Drama and Shanghai Theatre Academy. He was nominated at the Asli Drama Awards in Malaysia for his leading role in a Chinese dialect play. He was invited to perform at the Asia-Pacific Accessible Arts Festival in Hong Kong, with a performance that combines physical, dance and one-act play. He won in Short+Sweet Festival Penang (Theatre) for the Best Male Actor Award in 2018 and 2019, the Audience Choice Award in 2021, and his team won the Mercedes-Benz Malaysia Creative Excellence Award in Short+Sweet Festival Kuala Lumpur (Theatre) in 2020. Rachel Yeoh lives her life in front of the laptop screen and on the road, hunting down news reports for the day. Unlike Clark Kent, she saves the world one thrift buy at a time. A newbie in the theatrical scene, she acted in the 2019 Penang Players Production, Memes: A Love Story. Liberation Party, a play she wrote for Short+Sweet 2021 won audience choice award. She has been involved in church and school dramas in her youth and written two full-length scripts for school plays. You can find her news pieces at The Vibes or expressive articles at CRUNCH by Nuffnang. 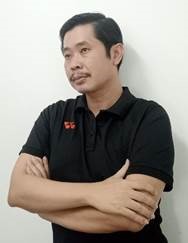 By day, Adrian Chang is an educator and by night (or rather whenever the opportunity arises, he will dip his toes in the thespian world). His first involvement in the thespian world was with the Penang Straits Chinese Association’s production of Bangsawan, Sam Pek Eng Tai: The Butterfly Lovers. While his first involvement with Penang Players’ productions began with Six Characters in Search of an Author back in the early 2000. His other thespian flings include Mayat, The Miser and Baby with the Bathwater. In his last two plays (Delinquent Domestics and Four Play) he plays a character who chases after women’s skirts. In this play, could it be possible that his skirt-chasing days are finally coming back to haunt him? 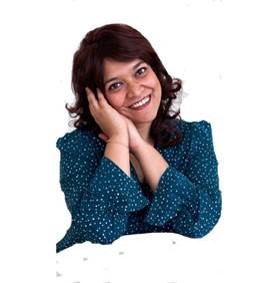 Born half Bengali half Indian Muslim and raised in Penang, Fariza Ariffin, currently a full-time QC Engineer in Penang, has been passionate about the performing arts from a young age. She was very active on the Penang and Kuala Lumpur theatre scene during her 20s, it was then that she won the best actress award in the 2004 Penang Theatre Festival. Her 1st play was The Pimples Years, 2004 (Actors Studio).  Subsequently, she acted in Mustika (Rumah P. Ramlee), Miss Julie (Penang Players), Dangerous Children (Actors Studio), Teacher (Actors Studio), Anike (Cape Poetics), Tarap Man (DramaLab), Antara (USM) and F for Female (Actors Studio). Her first production was The Gamesmanship in 2005, it was staged at Actors Studio Greenhall and Bangsar. In her 30s she gave theatre a break to complete her Master in UKM. And now at 40, she is back, playing Judith in A Couple of Secrets.